Welcome to the exciting world of Ice Hockey Cards! Ice hockey cards have a long history and they have been around over hundred years. This site is going to show you premium collectibles ice hockey cards from our collection. We have a big number of rare and unique ice hockey cards from late eighties to the current season. Our selection has everything from very basic cards to rarities that are in every ice hockey card collectors’ daydreams. Jump the rink, hold your stick and shoot the puck to the net!

In this site, on the top of the ice hockey card information, we also like to give you short introduction of NHL teams overall and actual players behind the cards. The ice hockey cards show the stats and the stories behind the players in compact format. In current digital world, ice hockey cards are still the same – you can handle and file them, like millions of ice hockey fans did in the 20th century. Real things never go out of style!

Our Collection of Hockey Cards – What do they keep inside?

There are enormous number of different types of ice hockey cards around. Of course most of the cards are quite common and they don’t have big value, but when we start to evaluate different cards, we can found many things, that depends. Ice hockey cards have different characteristics: 1 of 1 cards, cards with autographs, rookie cards, cards with small edition etc. Card type and other things like card condition, age of card, player of the, amount of current card and autographs are key words when we are talking of the value of ice hockey cards. We definitely know the value of our cards – it is our job.

Hockey Cards are the Real Thing – One big hit might change your life!

Many people might thing, that collecting ice hockey cards is children’s hobby, but no. Some of the rarest ice hockey cards have huge value and world’s most valuable ice hockey card (1979 O-Pee-Chee Wayne Gretzky rookie card) were sold at prize US$465,000. Unfortunately, we don’t have that card in our collection, but of course we have some other rarities from Greztky like this Portfolio 2015-16 – Wayne Gretzky Black and White Art Autograph, which is super rare where odds are going as high as 1:25 000!!

For other examples, how about Teemu Selanne 1992-93 rookie base card? Or Connor McDavid Quad Diamond relics card printed only up to 5 cards? Just think about it! 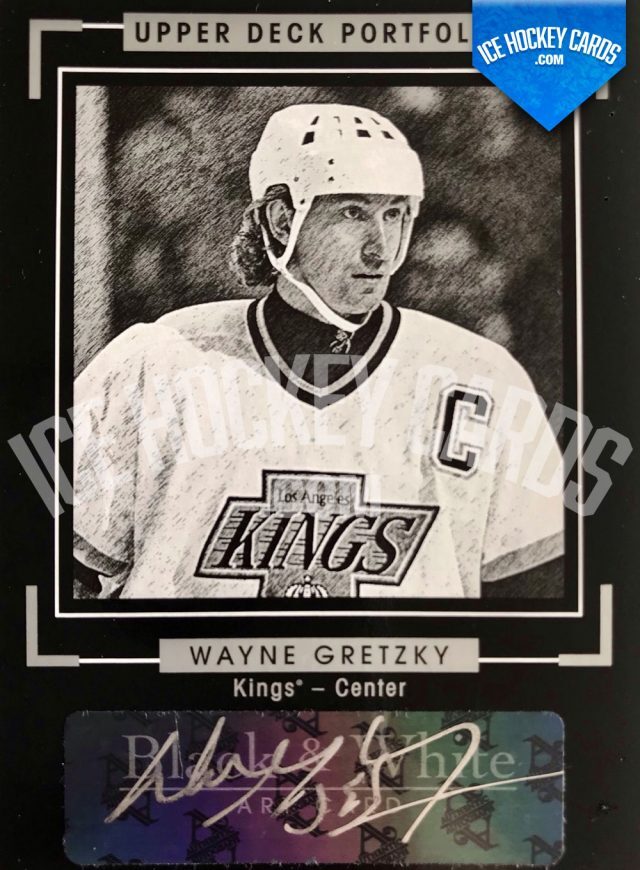 Get familiar with the Teams and Players as well

This site will give you overall introduction of all current 31 NHL teams. The history of the teams is always interesting to read – from the Original Six teams to the latest expansion teams in the league. Some teams do have real interesting origins! The coolest thing about ice hockey cards is that they also tell us about the history of the game, teams and players. The history is something that makes NHL so interesting – there are millions of stories behind every player and team.

In the future, we also plan to publish a video log in YouTube to present some of our coolest ice hockey cards. If you have any ideas about the desired topics and content, just contact us. And more importantly, if you have anything to ask about the ice hockey cards in general or you are looking for a specific card or set, don’t hesitate to contact us. We are always happy to discuss these wonderful items. Happy hunting folks!

We use cookies to ensure that we give you the best experience on our website. If you continue to use this site we will assume that you are happy with it.Ok